After changing to stainless braided brake lines on the Model 3, we were looking for other ways to further improve the brake feel when we realized how much the master cylinder flexes when the pedal is pressed. It flexes a LOT! When this happens, some of your brake pedal movement is being wasted just flexing the entire firewall of the car – so that is travel that is not directly translating to braking effort, and detracts from the feel of the brakes.

Wanting to ensure that a brace would make an actual difference, we designed a simple prototype brace and took turns doing some blind tests to see if the driver could perceive when the master cylinder brace was installed. Not only did everyone that try it get the test right 100% of the time (every time you could tell whether it was removed or added), the difference was substantial!

At that point, we tried to design the stiffest, lightest brace that we could without requiring the installer to drill any holes or weld anything. It needs to be a complete bolt-in solution of course! The end result is what you see here. We think it’s pretty good looking and feel it’s a shame it will be hidden under your frunk.

The guys at the shop loved it so much that we were arguing who would get to have the prototype in their Model 3 (since we have two shop Model 3’s), because once you have it you really don’t’ want to lose that solid brake feel! 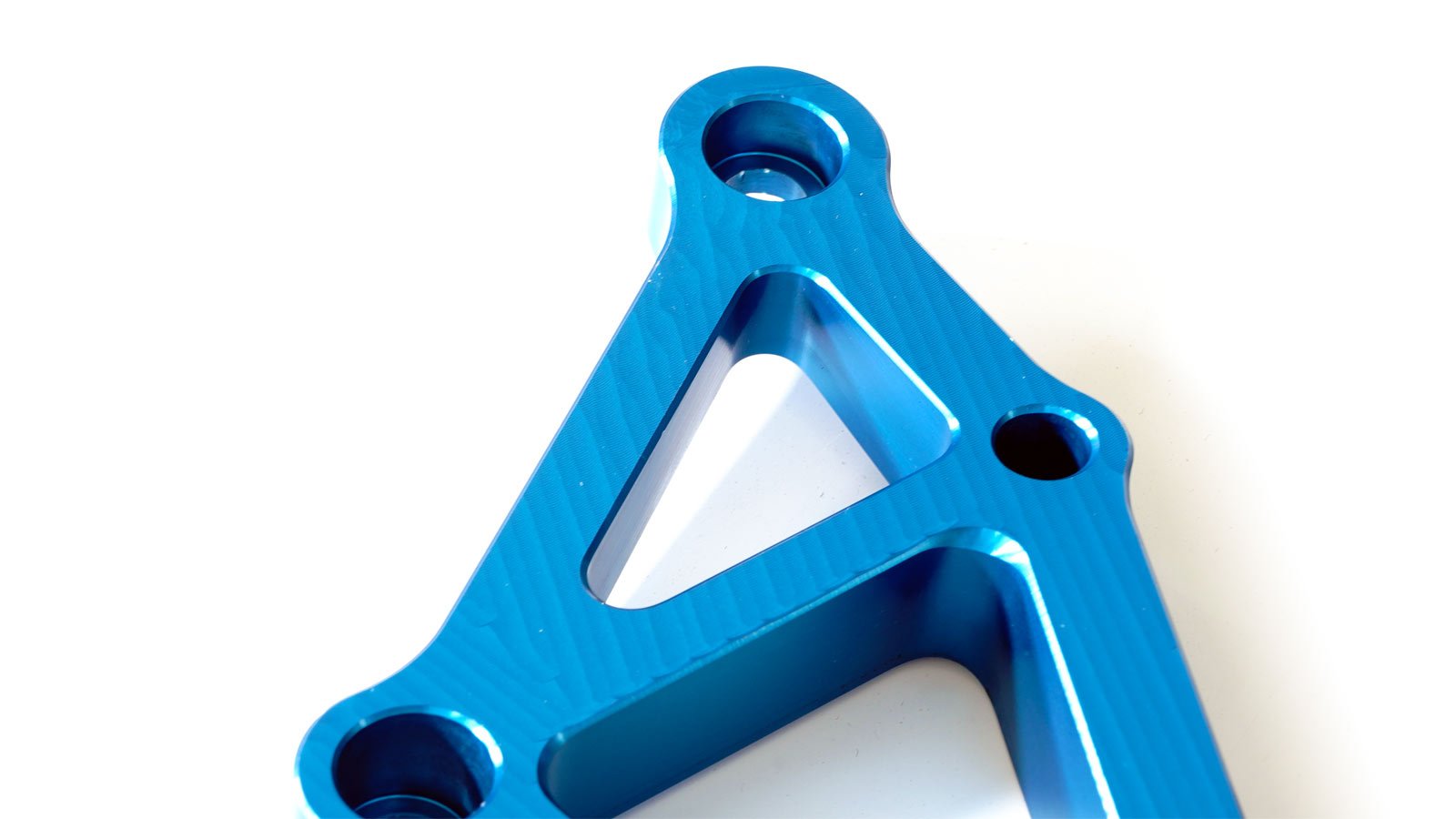 So if you’ve been yearning for better brake feel, even if you aren’t track driving or driving aggressively, this might be a good upgrade for you. The difference in feel is noticeable even with typical daily driving, and it results in a confidence-inspiring high end brake feel that the car deserves.

Installation is extremely straight forward. Once the frunk is removed the brace can be installed in five minutes, you simply remove two OEM bolts and install the brace with the provided hardware!

Installation instructions can be found HERE